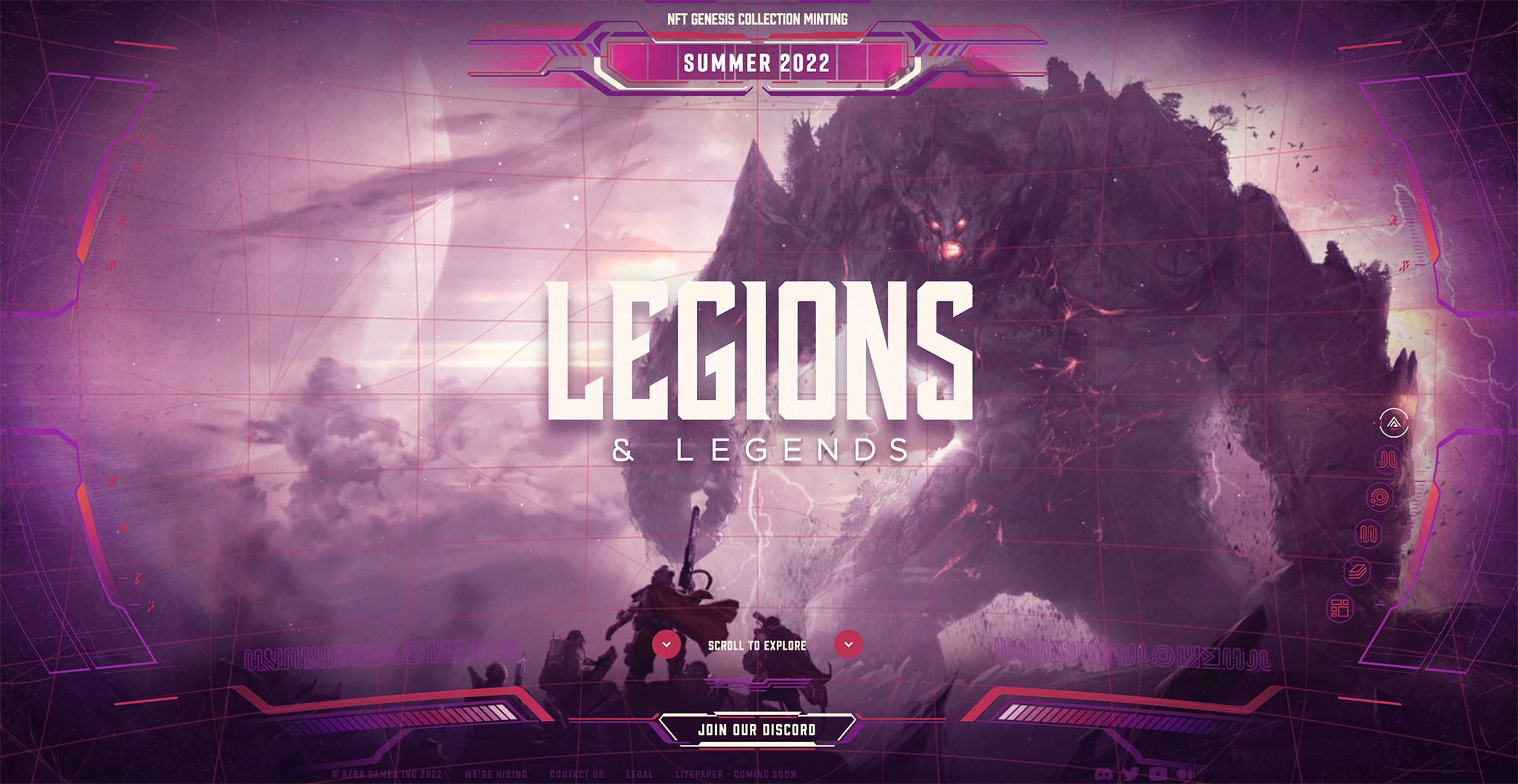 Azra Founder and CEO, Mark Otero, used O&A’s StartupProgram.com to set up Azra to be a venture ready corporation at the beginning of 2022. The legal services and venture education platform – known as SUP – helps companies form quickly and ensures that they are ready for venture investment from day one.

Otero is a veteran of gaming studios, having founded KlickNation which was purchased by Electronic Arts’ in 2011. Otero went on to develop many hits at Electronic Arts, but most notable was Star Wars: Galaxy of Heroes that generated over $1 billion in revenue. Otero is joined by Sonny Mayugba as COO, Dave Scurfield as CFO, Travis Boudreaux as CTO and a fully stacked development team with game credits including Star Wars, Mass Effect, Dragon Age, Marvel, Battlefield, and more. Michael Chang formerly of Electronic Arts and NCSOFT is also an advisor to Azra.

As Venture Beat reported, Azra seeks to bring immersive role-playing games based on blockchain to the mainstream, with special in-game economies and collectibles using technologies such as non-fungible tokens (NFTs).

Offner states “It was a privilege and honor to represent Mark Otero and the Azra team on one of the first investments made by Andreesen Horowitz’s new games fund.”

O&A has established itself as a go-to law firm in the interactive entertainment space over the years, with notable clients such as Ubisoft and Oculus VR among others.  Now with Azra and others, O&A translates its breadth of experience to web3, crypto, and the blockchain environment.

Legions & Legends is a collectible and combat RPG, set in an uncharted galaxy where magic and technology collide. Azra announced that the game will incorporate NFTs, with the Genesis Collection minting in late summer or early fall.

With all hands on deck at Azra for Legions & Legends and the minting of the Genesis Collection, it is vital for any gaming studio and developer to have access to nimble, scalable legal services attuned to the industry.  As such, O&A will be alongside Azra every step of the way, with Offner joining the Azra team as General Counsel and Head of Business and Legal.

In the words of Otero, “it is hard to believe that our studio, Azra Games, didn’t even exist in January of this year.”  SUP and O&A were able to assist the experienced team from formation, to funding, and to the exciting announcement of Legions & Legends.

Mayugba noted, “As a multi-time founder, I’ve learned that whether it’s your first time or eleventh, you have blind spots that inherently hinder acceleration and naturally increase risk. Working with Dan Offner and team powered by their decades of experience that led to the SUP tools shed invaluable light on the path to smart execution for Azra Games. From our formation to our ground-breaking fundraise and now to our daily operations, O&A gave Azra Games a competitive edge that turned out to be the difference between good and great.”

The best is yet to come for the talented people at Azra as they continue their mission to evolve the Core RPG genre to new heights. Check out Legions & Legends here.

O&A is an elite team of attorneys led by Offner committed to helping clients achieve their objectives — efficiently and effectively. The firm represents some of the biggest companies in technology and interactive entertainment, as well as some of the world’s most innovative entrepreneurs and emerging growth companies. For more information, please visit https://oandapc.com/.

O&A created the SUP service in 2017 with entrepreneurial startups like Azra Games in mind. Offering complete company formation services delivered through an efficient platform, coupled with an exclusive e-learning curriculum designed for founders, SUP gets startups up and running at a much lower cost than working with a big law firm – and without the risks of using do-it-yourself legal alternative websites. Visit SUP to learn more or book a demo of the service today.