O&A is a venture and corporate law firm for technology and content.  Practically, this means O&A focuses exclusively on just two areas of law — corporate and commercial work for technology and content clients at all stages in the life cycle of these companies. O&A helps entrepreneurs set up their businesses properly, do their venture financing and then represents them on their exits. O&A also represents established companies on merger and acquisitions and represents venture funds on their investment work. On a day-to-day basis the lawyers at O&A are always doing commercial contracts and software agreements.

Meet the the team, learn about our practice areas, and hear about our clients
VIEW PRESENTATION

A Letter from the founder

Let me tell you the story of O&A: who we are, what we do, and how we got here.  This is a story that starts in the fall of 2014, after I closed the deal to sell Oculus to Facebook for $2.4 billion, yes, that is B as in billion, not millions. Once the deal closed, I decided to take a bit of a break and decide what I wanted to do next. 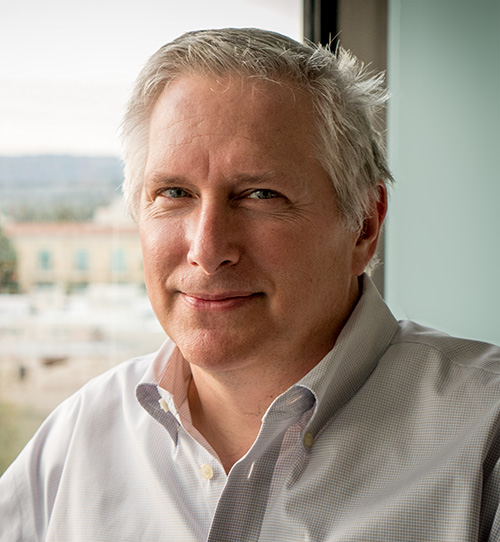 Having spent the previous 2 years as General Counsel for Oculus VR and helping them through their Series A and Series B financing rounds and ultimate successful exit, I wanted to build upon everything I learned to help the next generation of entrepreneur.

But the story really starts well before then. I am Dan Offner, a corporate and commercial lawyer, who grew up doing merger and acquisition deals in the videogame industry as well as being publishing and developer counsel for lots of videogame publishers and developers. I had my own boutique law practice before I cut my teeth in big law in 2005.  In 2012, when I decided to leave big law to pursue my own interests, I became the General Counsel of Oculus VR.  And the journey starts from there.

While trying to determine the next steps post-Oculus, I did some poking around big law and venture capital.  I found that there was an unmet need in the market place for legal services for early stage and growth companies as well as early stage venture capital firms. I felt that the combination of my skillset plus my recent experience with Oculus leant itself perfectly to being able to fill this need.

I decided that I wanted to build a firm that was much more than a single lawyer doing venture capital work and tech transactions on the one hand; and on the other hand, I did not want to be the venture arm of a big law firm or the Los Angeles office of a Silicon Valley venture law firm – high billing rates, inflexibility on alternative billing arrangements, conflicts, and on and on. I believed that there was a need for a native Los Angeles venture law firm that understood both technology and content.

Fast forward 3 years and I am proud to say that we’ve gotten it right and built O&A into what it is today.  O&A has grown from me and my then-Associate, now Partner, Jim Kidston, to five fulltime lawyers, including another Partner, three Of Counsel, three Paralegals and our VP of Operations. We represent a range of early stage companies, venture funds, entrepreneurs, and also some really large companies like Ubisoft, in addition to continuing to serve Oculus/Facebook.

Much of our practice is with entrepreneurs, early stage companies and venture funds – formation, financing, and partnerships. But we also do a lot of buy side mergers and acquisitions work for our larger institutional clients.  Every day we are grinding out software licenses, software development and distributions agreements, SaaS agreements, as well as marketing, public relations, co-branding, influencer, and other commercial partnerships and agreements that our technology and content clients need.  Today, our clients range from pure tech companies in Southern California, but also now all over the world, that are coming out with new technology, software, services and devices to videogame/interactive entertainment companies to pure content and digital content companies that are building brands and intellectual property (as I said we are a law firm native to Los Angeles, content capital to the world).

We invite you to explore our website and learn more about who we are, what we do, and who our clients are.  And when you’re ready, we’d love to talk to you about how we can help you grow your business to the next level.

how can we help?

This website uses cookies to improve your experience while you navigate through the website. Out of these, the cookies that are categorized as necessary are stored on your browser as they are essential for the working of basic functionalities of the website. We also use third-party cookies that help us analyze and understand how you use this website. These cookies will be stored in your browser only with your consent. You also have the option to opt-out of these cookies. But opting out of some of these cookies may affect your browsing experience.
Necessary Always Enabled

Any cookies that may not be particularly necessary for the website to function and is used specifically to collect user personal data via analytics, ads, other embedded contents are termed as non-necessary cookies. It is mandatory to procure user consent prior to running these cookies on your website.